Dr. Erik Won, President
Wave Neuroscience empowers physicians and patients with precision-guided therapies to optimize neurologic function. Its founders believe that “one size fits all” treatment is woefully outdated, and taking the time and effort to customize treatment protocols to each individual is the level of care and expertise everyone deserves. Their stepwise treatment approach, 1) acquiring a brain map (using quantitative electroencephalogram or qEEG), 2) processing the qEEG with computational neuroanalytics to identify areas of neuronal function that can be improved, then 3) applying neuromodulation—a new class of technologies that can stimulate brain function—using settings customized to the individual; has helped catapult the company into a market leadership position and listing among MedTech’s Top Neuromodulation Solution Providers.

Wave emphasizes a non-pharmaceutical, non-invasive, personalized approach to improving brain function through targeted stimulation, in a manner that has been shown to dramatically improve mood, focus, quality of sleep, and sense of well-being. The effects are frequently experienced fairly quickly, usually within days to weeks. These improvements are experienced across a broad range of functional areas, with patients describing themselves as feeling “reinvigorated,” “more energetic,” and “whole again.” The goal of Wave’s treatment is to help patients without requiring lifelong dependencies on pharmaceuticals, or invasive surgeries, instead of relying on a novel targeted treatment that takes advantage of the brain’s natural plasticity to gain many of the benefits of pharmaceuticals without their concomitant and frequently debilitating side effects.

The importance of physical health is well understood and commonly discussed among friends. Exercise regimens, diet, and annual physicals are common topics of conversation. One of Wave’s goals is to demystify the conversation around brain health and encourage more positive dialogues and lifestyles to elevate the cognitive function and health of communities and populations. Currently, the discussion of “mental health” is largely hidden, and many feel burdened by stigma and misperceptions of what it entails. According to One Medical, although 69% of Americans claim to have a mental health issue, but only 35% have talked to their primary care provider about treatment, and most are embarrassed to discuss it. Wave looks to reframe and destigmatize that conversation into one that is more positive and constructive.

Wave Neuroscience Inc., founded in 2010, has more than 25 clinics throughout the U.S. as well as a growing international footprint with facilities in Australia, Chile, and Panama. With over 45 issued patents and 22 patents pending, Wave’s intellectual property (IP) portfolio stands out among category leaders in personalized neuromodulation—their IP is frequently listed alongside stalwarts like Stanford, University of California, and Cornell. Multiple independent third party clinical trials are showing that coupling precision guidance to neuromodulation results in better response rates and greater treatment benefit. As an example, a recent pilot conducted by Special Operations Care Fund (SOC-F) and Tomahawk Charitable Solutions, in collaboration with Wave Neuroscience, found that U.S. Special Operations Veterans experienced a 54% improvement in persistent post-concussion symptoms (measured by Rivermead Post-Concussion Questionnaire or RPQ16), which compared favorably to one-size-fits-all treatment with repetitive transcranial magnetic stimulation (rTMS) which improved concussion symptoms by only 22% (Stilling, et al, 2019)—taking the extra time and effort to personalize treatment yielded more than double the magnitude of benefit.

To explore this further, it is commonly understood that the neurons in the human brain do not fire at random. Instead, they generally fire at specific frequency bands depending on the task at hand. Neuroscientists call the dominant brain frequency the “alpha frequency,” normally between 8 – 13 Hz, and this can be most easily identified in the qEEG when a person is relaxed with eyes closed. 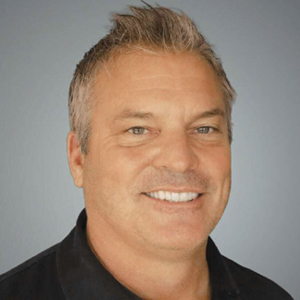 Fred Walke, CEO
If areas of the brain are processing at frequencies significantly offset from the intrinsic alpha frequency, then individuals may experience behavioral symptoms such as anxiety, depressed mood, and other issues that have the potential to detract from optimal function. Improving the overall coherence of the brain’s natural alpha rhythm appears to facilitate better processing and, in many cases, an easing of behavioral symptoms.

Viewing cognitive function from the electrophysiologic lens of an EEG, and redefining the way the public views brain health is an important evolution in understanding and removing the stigma of mental health. Electrophysiologic arrhythmias of the heart captured by electrocardiogram (ECG) are well understood and accepted as a causal mechanism leading to a variety of symptoms, much in the same way disruptions in brain rhythms are now being understood to be a potential factor leading to neurocognitive symptoms— this is not an issue of “will power” or “discipline,” but rather an objective and identifiable physiologic process that can be managed.

Wave researchers have found that using repetitive transcranial magnetic stimulation (rTMS) to influence the intrinsic alpha frequency of the patient’s brain will improve the overall function and coherence of the brain’s neural network. Wave’s technology reinforces the signal already found in the individual’s brain and with that encouragement, Dr. Erik Won, the President of Wave Neuroscience, says, “We just give neurons a gentle nudge, a friendly reminder, and the body does most of the work for us.”

Wave’s impact is strongly felt in the military veteran community, with many patients having experienced severe stress and emotional issues from combat deployments. Families of these veterans are amazed at how well this treatment has helped their loved ones to gain back much of their former selves. After only a few weeks of treatment, many patients return to participating in family activities, caring for their children, and contributing to the financial security of the family unit. Wave is working closely with the U.S. Department of Veterans Affairs and U.S. Department of Defense to allow veterans to access this treatment as easily as possible.

Currently, rTMS is cleared by the FDA for the treatment of major depression after the patient has failed two drug classes. Wave is currently conducting clinical trials to earn FDA clearance for other indications, with the goal of making their computational neuroanalytics and EEG-guided treatments one of the first steps in helping a patient suffering from traumatic brain injury, persistent post-concussive symptoms, or post-traumatic stress—improving access and availability to much needed resources.

True to their mission of democratizing brain health and bettering the lives of communities and populations, Wave is currently working to develop a portable, more affordable device that can administer the treatment from home without requiring travel to a clinic under physician supervision. This portable neuromodulation device is currently in the development stage and will be tested for safety and efficacy in the coming year. Wave emphasizes the importance of brain health as part of a daily routine and lifestyle—in conjunction with proper sleep, good nutrition, and exercise. Wave’s treatment has rapidly gained recognition in the human performance community, for this reason, attracting legions of professional athletes from the NFL, NBA, UFC, NHL, MLB, and executives from Fortune 50 companies who are looking for a competitive edge. As Fred Walke, CEO, says, “we raise the level of performance of everyone to reach their full potential. In doing that, we hope to help the entire community’s performance improve because the community is the sum of the parts.” 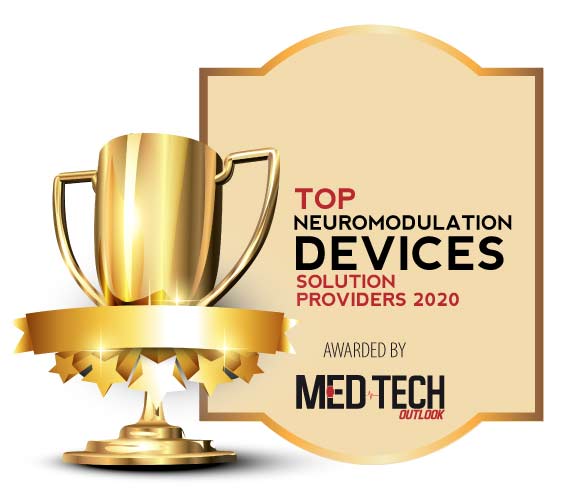 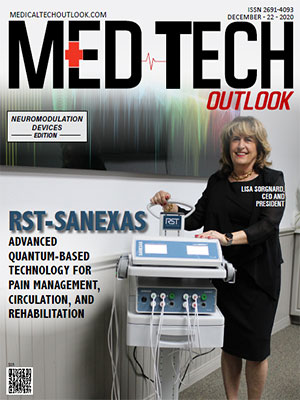